It seems we’re not done with the pandemic yet – and we won’t be anytime soon. The new corona variant, Omicron, is slowly changing. A new study shows that this variant is more contagious, but it is not as dangerous as the other variants. This is according to Prof. Dror Mevorach, from Hadassah-Hebrew University Medical Center. He stated that: “We have to say this with a lot of caution, but if we look at the currently available information, there is reason to believe that the variant is spreading fast, but maybe it is not so dangerous.”

The epicenter of the Omicron outbreak was in South Africa. And according to recent data, 80% of people who got admitted to the hospital were of age 50, and the majority did not need oxygen support. This new variant is milder, even if it is more contagious. Mevorach said that “It would really be good news for the world. I think that we have had indications of vaccinated people getting infected, but it appears that their disease is mild.”

Truth be told, if this is the case, there are numerous scenarious to take into account. People might get sick, and they might be treated with antiviral treatments – which are bound to be made available soon – and vaccines – but Mevorach thinks meds would be enough. He continued: “What I have seen in immunological studies is that the booster really increases the antibodies, and I think it will give a longer-lasting immunity.”

On the 24th of November, 2021, a new variant of SARS-CoV-2 was reported to the WHO – World Health Organization. The new variant was found in Botswana, and then in South Africa. On the 26th of November, it was named Omicron, and it was classified as a Variant of Concern. 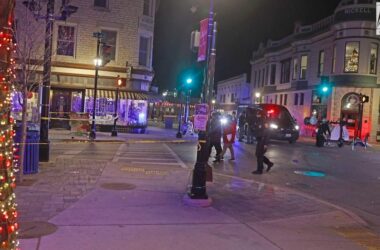