Genshin Impact fans are now enjoying the new update, but make sure you have room for more good news.

Everyone is waiting for the new banner info. Genshin Impact is a gacha based game, which means that players can get new characters if they have numerous banners, so needless to say, everyone is waiting to see what we’re getting. They change every three weeks, so we are wondering what’s next.

Players make tactics and plans ahead if they want to pull for a character in a banner. Remember, it costs primogems – the game’s premium currency. The pity system should also catch your attention, since you’re waiting for a 5-star character to drop.

Of course, we don’t know what characters will be present in the new banner – developers won’t tell us beforehand. But as this is the internet, we have already heard of some leaks.

What we’ve learned from the leaks

This leak has given us a lot of details about the upcoming banner and the characters in it. We get these details closer to the launch date, but this seems to be an exception.

The leak was posted on the internet by one of the most well-known leakers from the community. The banners will include Zhongli, Xiao, and Ganyu together with Shenhe. He said he knows this from a personal source, but he cannot say who.

But since this is still a leak, we should take it with a grain of salt, and wait for the official statement about the new banners and the upcoming characters.

Genshin Impact is an action role-playing game that was made and published by miHoYo. It is available on PlayStation 4, Microsoft Windows and iOS back in 2020, and then PlayStation 5 followed in April 2021. Soon, it will also be released for Nintendo Switch. 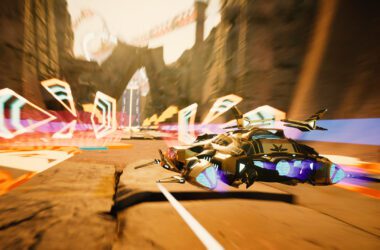