It has been said that the coronavirus has killed at least 5 million people since its first case in late 2019. A quarter-billion cases have been reported. Even if we already have a vaccine, it seems that there’s no end to this pandemic.  World Health Organization Director-General Tedros Adhanom Ghebreyesus stated on the 24th of October: “With almost 50,000 deaths a week, the pandemic is far from over — and that’s just the reported deaths. ”

Of course, vaccines were a big help, saving many countries from many deaths, but they have not stopped the spread of the virus. China is the first country on the list, with the biggest number of vaccine doses administered. Vaccines were developed at a record speed, and studies show that they are efficient. There have been billions of doses administered all over the world, which is far more than the number of cases confirmed since the beginning of the pandemic. But let’s keep in mind that some cases were probably never recorded. But getting the vaccine to some of the countries was a problem. World Health Organization has made a program called Covax, which distributes the vaccines fairly to the people – and it has just started giving them to low-income countries.

The US has the highest number of cases and death globally. They have more than 700,000 deaths. Brazil, India, Mexico, and Russia, and the next on this list.

India was worse in spring 2021 – with 1 in 3 cases confirmed. They blamed it on lifting the restrictions and on the spread of the variants. India has more than 4,500 deaths per day.

It is very hard to keep a “zero COVID cases” record, even two years after the pandemic started. 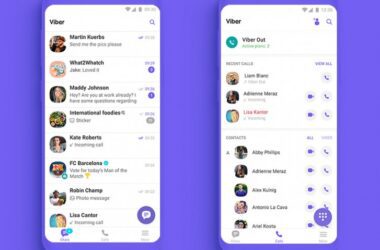 Oddly enough, there are still people out there who didn’t hear about Viber, even though the app can… We all have to admit that Elden Ring, the fantasy action RPG released back in February after being…